A man who was arrested after allegedly repeatedly stabbing his ex girlfriend in August has had Attempted Murder added to his list of charges, according to the Waterloo Cedar Falls Courier. 59 year old Daniel Smith allegedly stabbed his ex girlfriend 20 to 30 times in the face, neck, and torso in the area of West Seventh Street and Williston Avenue back on August 16. Smith only stopped the assault when bystanders stepped in. Smith tried to flee in a car but the bystanders followed him until police could apprehend him. At the time of the stabbing Smith was on probation for domestic violence convictions for assaults on the same woman in April and February. 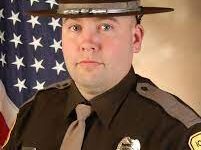