According to the Waterloo Cedar Falls Courier, Mayor Quentin Hart will be facing competition in this year’s election.

One-term City Council Member Margaret Klein announced Sunday she is in the running for the mayor’s seat.

Hart, who is in his third term as mayor, announced Monday he is seeking re-election. 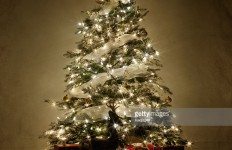 Christmas in July for United Way→