A Waterloo man has been arrested for allegedly assaulting another man at his ex girlfriend’s home, according to the Waterloo Cedar Falls Courier. 25 year old Michael Heggebo went to his ex girlfriend’s home on Monday where he encountered Derrius Hollis. An altercation followed, during which Heggebo dropped Hollis on his head on a concrete surface and repeatedly kicked him while he was down. Hollis was taken to the hospital unconscious. He had a brain bleed and underwent an operation to remove part of his skull. Heggebo has been charged with willful injury causing serious injury. He was also on parole after being released last April for theft and forgery. In December he was also arrested on marijuana charges after he and another person were seen wearing all black and acting suspicious around another ex girlfriend’s home. Days later he returned and lobbed bricks through the windows at 3am. He is currently being held on a $200,000 bond. 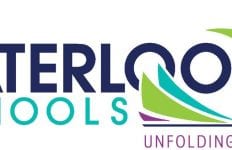